What are Smart Contracts?

Smart contracts are translations of an agreement, including terms and conditions, into a computational code. Blockchain follows the “No Central Authority” concept, and its primary purpose is to maintain transaction records without a central authority. To automate this process of recording transactions, Smart Contracts were constituted. Smart Contracts carry several beneficial traits, including automation, immutability, and a self-executing mode.

What is a DAML Smart Contract?

DAML is the open-source language from Digital Asset created to support DLT or distributed ledger technology. It allows multiple parties to do transactions in a secure and permissioned way. Using DAML as the coding language enables developers to focus only on building the smart contracts’ business logic rather than fretting about the nitty-gritties of underlying technology. DAML Smart Contracts run on various blockchain platforms and regular SQL database while providing the same logical privacy model and immutability guarantees.

As a technology leader with years of experience, I remember the one line from my early days is the “Write Once Run Anywhere" slogan by Sun Microsystems to highlight the Java language’s cross-platform benefits.

I believe, in the coming years, DAML is the language that will enjoy similar popularity as Java due to its cross-platform benefits, ease of use, and versatility. DAML can revolutionize how business processes are managed by simplifying the contracts and making them ‘smarter.’

All of these can also be used to create smart contracts. But the challenge lies in the sheer complexity of the task at hand.  The code that needs to be produced to build an effective smart contract, using these languages, is daunting. DAML can achieve the same result by writing 5-7 times less code in a much simpler manner.

Smart Contract basic data types are contract-oriented (parties, observers, signatories/others), which is in direct contrast to the general-purpose languages (int/float/double). So, the very essence of smart contract languages such as DAML is one and only one - contracts, making it a superior choice for writing Smart Contracts.

The domain of Smart Contracts is better handled by languages that have been purpose-built for smart contracts, like Solidity, DAML, AML/others. Among these smart contract languages, DAML is the only open-source and Write Once Run Anywhere (WORA). The DAML contract type is also private in nature. At a logical level, DAML has a strict policy. However, at the persistence level, different ledgers might implement privacy in different ways.

DAML for Private and Public Ledgers

The two types of ledgers, Private and Public serve different purposes and should be used accordingly. The underlying concept is that information on the ledgers is immutable once created.

Public Ledgers: Open to all, and anybody can join the system, and each member has access/read/write transactions. Examples: Bitcoin/ Ethereum/ others

Private Ledgers: Also known as permissioned networks or permissioned blockchains, have limitations in participation. It has higher security and limited permissions. Examples: Hyperledger Fabric and Corda. Some Private ledgers offer different privacy and data sharing settings, like Hyperledger sawtooth, although permissioned, allows all nodes to receive a copy of all transactions.

DAML-Open source language allows the involved parties to do transactions in a secure and permissioned way. Thus, enabling developers to focus on the business logic rather than spending precious time in fine-tuning the underlying persistence technology.

Sample of a Smart Contract:

Reporting a trade transaction between 2 counter parties to a regulator or reviewing authority using Smart Contracts.

template body where keyword can include:

Let’s you make definitions that have access to the contract arguments and are available in the rest of the template definition.

Parties that aren’t signatories but who you still want to be able to see this contract. For example, the SEC wants to know every contract created, and the SEC should be aware of this.

Optional: Text that describes the agreement that this contract represents.

Explanation of the code snippet

DAML is whitespace-aware and uses layout to structure blocks. Everything that is below the first line is indented and thus part of the template’s body.

The signatory keyword specifies the signatories of a contract instance. These are the parties whose authority is required to create the contract or archive it again – just like a real contract. Every contract must have at least one signatory.

DAML disclosure policy ensures that Party3 will not be able to view the transactions as it is neither signatory, nor observer or controller, and it is just a party to the contract.

Here is a link to the repository provided by DAML which contains examples for several such use cases modeled in DAML.

Compilation and Deployment of DAML

DAML has both the language as well as the run time environments (in the form of libraries known as DAML SDK). Developers need to focus on writing smart contracts (in the way of language features provided by DAML SDK) without bothering about the underlying persistence layer. It also provides support for existing data structures (List/Map/Tuple) and also provides the functionality for creating a new data structure.

Other notable features of DAML

1) DAML has a built-in mechanism for testing templates called ‘scenarios’. Scenarios emulate the ledger. One can specify a linear sequence of actions that various parties take, and subsequently these are evaluated with the same consistency, authorization, and privacy rules as they would be on the sandbox ledger or ledger server. DAML Studio shows you the resulting transaction graph.

2) Magic FinServ launched its Test Automation suite called Intelligent Scenario Robot, or IsRobo™, an AI-driven Scenario Generator that helps developers test smart contracts written in DAML. It generates the unit test cases (negative and positive test cases) scenarios for the given smart-contract without any human intervention, purely based on AI.

Smart contracts, in general, have excellent applications across the capital markets industry. I shall cover some use cases in subsequent blogs outlining how multi-party workflows within enterprises can benefit by minimizing reconciliations of data between them, and allow mutualization of the business process. Some popular applications currently being explored by Magic FinServ are:

To get hands-on experience with DAML, free access to docs.daml.com is available, where developers may learn from the study material/download the run time, and build sample programs. However, to reinforce learning and add this as a valuable skill, it is better to be a DAML-Certified Engineer. It is worth pursuing as the fee is reasonable and the benefits are manifold. There are not plenty of DAML developers available in the market, so it is a rather sought-after skill as well.

DAML is ripe for revolutionizing the way business processes are managed and transactions are conducted.

The smart contracts that are developed on open-source DAML can run on multiple DLTs / blockchains and databases without requiring any changes (write once, run anywhere).

With the varied applications and relative ease of learning, DAML is surely emerging as a significant skill to add to your bouquet if you are a technologist in the capital markets domain.

To schedule a demo, write to us mail@magicfinserv.com 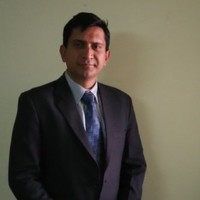