The business landscape today is extremely unpredictable. The number of applications that are hosted on disparate cloud environments or on-prem has proliferated exponentially, and hence there is a growing need for swifter detection of discrepancies (compliance and security-related) in the IT infrastructure. Continuous security during the development and deployment of software is critical as there is no forewarning when and where a breach could happen. As organizations evolve, there is always a need for greater adherence to security and compliance measures.

Earlier, software updates were fewer. Security, then, was not a pressing concern and it was standard to conduct security checks late in the software development lifecycle. However, the times have changed. Frequent software updates imply that codes are changed frequently as well. In turn, this poses unimaginable risks (if care is not taken) and as there are changes in attack surfaces and risk profiles. So, can organizations afford to be slack about security?

The answer is no. Security is not optional anymore, it is a fundamental requirement and must be ingrained at the granular level and hence the concept of continuous security. To arrest any flaw or breach or inconsistency in design (before it too late). Organizations must check different aspects of security periodically. Whether the check happens after a predefined time or in real-time depends upon the need of the business. Security checks can be manual or automated; it can be a review of configuration parameters on one hand and constant activity monitoring on the other.

Constant activity monitoring became de facto with the rise of parameter security. And when that happened, operations started using systems like IDS, IPS, WAF, and real-time threat detection systems. But this kind of security approach tended to take account of security monitoring involving operations or infrastructure teams. The continuous security paradigm made it possible for organizations to ensure greater levels of security. The continuous security model relies on organizational processes, approvals, and periodic manual checks to monitor the different kinds of hardware and software involved in operations.

“In 2018, Panera Bread confirmed to Fox News that it had resolved a data breach. However, by then it was too late as the personal information including name, email, last four digits of customer credit card number had been leaked through the website. Interestingly, Panera Bread was first alerted to the issue by security researcher Dylan Houlihan. According to KrebsOnSecurity 37 million accounts were likely to be impacted.”

As organizations realized the importance of continuous security, the need for making it an extension of the DevOps process arose. Organizations desiring streamlined operations adopt DevOps as a means to shorten the systems development life cycle and ensure continuous delivery with high software quality.

As DevOps, Cloud, and Virtualization gained prominence, agility and flexibility became the new axioms of development. But existing security and compliance processes that involved multiple levels of stakeholder engagement, and associated manual checks and approvals were time-consuming and tedious. A barrier to the development of a truly nimble enterprise.

We also know that as the number of people involved (stakeholders) increases, it takes greater effort to keep the business streamlined and agile. Despite that, stakeholders are integral to the DevOps process as they are responsible for the speed of delivery and quality of the application. Another barrier arises as a result of the bias and error inherent in manual security and compliance checks.

Businesses must give due consideration to security best practices while ensuring the speed of delivery, flexibility, and agility as continuous changes in software during  DevDops are risky. But when security is integrated into DevOps’s continuous delivery loop, the security risks are minimized significantly. And so the natural extension of the concept of DevOps to DevSecOps. In the scheme of things, DevSecOps is where agile and continuous security meet.

While earlier, security was incorporated at the end of the software development lifecycle through manual/automated reviews, DevSecOps ensures that changes are incorporated at every stage. In doing so, loopholes that exist in code are revealed early. A quick reconciliation or remediation ensures better lead times and delivery outcomes.

Traditionally, instead of running security and compliance checks in parallel, security was taken care of after the application life cycle was complete. Though in recent years, developers have taken to writing safe code and following security best practices for developing applications, even today enterprises have not assimilated security in the continuous delivery process., Security assessments, PEN testing, vulnerability assessment, etc., are not covered in the DevOps cycle. As a result, the objective of “software, safer, sooner” is not achieved.

SecDevOPs’ biggest asset is its inclusivity. It addresses security at every layer. All stakeholders are involved as well at the very beginning of the application’s lifecycle. It is a continuous process. Here, the security teams use all the tools and automation done by DevOps in conjunction with security teams.

DevSecOps runs on a very simple premise. Ensuring application and infrastructure security from the very beginning. Automating security tools and processes is integral to this approach as it is dependent on the speed of delivery that takes a hit whenever repeated or recurring low-complexity tasks are allocated to manual labor. Security scans and audits are onerous and time-consuming if done manually.

However effective the DevOps team may be with automation and tools, its success depends upon integrating the work of security and audit teams within the development lifecycle. The sooner done, the better. As data breaches become common and the costs of remediating them are exorbitant, it becomes crucial to employ security experts at every stage of the software development life cycle instead of relegating them to gatekeeping activity.

“DevSecOps is security within the app life cycle. Security is addressed at every stage”

With more access comes a greater threat. As applications moved to the cloud and DevOps became the much-sought means for streamlining operations, there were concerns about breaches. As third-party vendors were accessible to many of the internal processes, it became necessary to delineate access and ensure greater compliance. With the DevSecOps approach, all the fears were repudiated. It was evident that DevOps had no adverse effect. Instead, it ensured compliance. It is now more important to focus on how DevOps is implemented. How to balance automation of compliance adherence with minimal disruption to the business.

Find and fix security bugs and vulnerabilities as early as possible in the Software Development Lifecycle (SDLC). This is done by automated scans and automated security testing, integrated with CI/CD pipeline. This requires a shift left approach in the delivery pipeline - the development and testing teams fix the issues as soon as it arises and then moves onto the next stage of the cycle. Right after addressing the concern.

Integrating all security software (which includes code analysis tools, automated tests, vulnerability scans, etc.,) at a central location - accessible to all stakeholders. Since it is not viable to address multiple concerns at the same time. As it is a bit too much work in the early stages of the project, teams must prioritize. Priority must be accorded based on potential threats and known exploits. Doing this would help utilize the test results more effectively.

Going beyond perimeter security by implementing continuous vulnerability scans and automated security tests minimizes the attack surface. Issues and threats are addressed before they can be exploited.

Agility and accuracy in security risk mitigation are dependent on the ability of the DevOps team to automate. This reduces the manual effort and associated errors that arise due to ingrained bias and other factors. The choice of tools used by the team is important as it should support automation. For obvious reasons, organizations prefer open-source tools as they are flexible and can be modified.

Compliance no longer remains a manual and cumbersome work to be done at certain times in the software life cycle. DevSecOps enables using automation to monitor compliance continuously and alert when the possible risk of breach happens. Compliance reporting often considered as an overhead, and time-intensive activity is now readily available. Thus, a system can be in a constant state of compliance.

The ever-increasing complexity in multi-cloud and on-premise and the highly distributed nature of DevOps operations (teams are spread across different zones) are driving organizations to ensure that continuous security is one of the pillars of the operational processes. In the evolving business landscape in the COVID-19 era, DevSecOps drives a culture of change. One, where security is no longer a standalone function and security teams work in tandem with development and testing teams to ensure that continuous deployment meets continuous security.

As a leading technology company for financial services, Magic FinServ enables clients to scale to the next level of growth at optimal costs while ensuring adherence to security and compliance standards. Partnering with clients, in their application development and deployment journey, we establish secure practices from Day 0 to implement SecDevOps practices. From continuous feedback loops to regular code audits, all are performed in a standardized manner to ensure consistency.

To explore DevSecOps for your organization, please write to us at mail@magicfinserv.com. 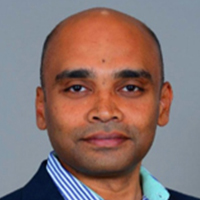