APIs are driving innovation and change in the Fintech landscape with Plaid, Circle, Stripe, or Marqueta, facilitating cheaper, faster, and more accessible financial services to the customer. However, while the APIs are the driving force in the fintech economy, there is not much relief for the software developers and quality analysts (QAs). Their workloads are not automated and there is increasing pressure to release products to the market. Experts like Tyler Jewell, managing director of Dell Technologies Capital, have predicted that there will be a Trillion programmable endpoints soon. It would be inconceivable then to carry out manual testing of APIs as is done by most organizations today. An API conundrum will be inevitable. Organizations will be forced to choose between quick releases and complete testing of APIs. If you choose a quick release, you might have to deal with technical lags in the future and rework. Failure to launch a product in time could lead to a loss of business value.

Not anymore. For business-critical APIs that demand quick releases and foolproof testing, Automation saves time and money and ensures quicker releases. To know more read on.

What are APIs and the importance of API testing

API is the acronym for Application Programming Interface, which is a software intermediary that allows two applications to talk to each other. APIs lie between the application and the web server, acting as an intermediary layer that processes data transfer between systems.

With the rise in cloud applications and interconnected platforms, there's a huge surge in the API-driven economy.

Today, many of the services that are being used daily rely on hundreds and thousands of different interconnected APIs – as discussed earlier, APIs occupy a unique space between core application microservices and the underlying infrastructure.

If any of the APIs fails the entire service will be rendered ineffective. Therefore, API testing is mandatory. When testing for APIs, the key tests are as depicted in the graphic below:

So, we must make sure that API tests are comprehensive and inclusive enough to measure the quality and viability of the business applications. Which is not possible manually.

The API performance challenges stem primarily due to the following factors:

The answer then is automation.

Hence the case for automating API testing early in the development lifecycle and including it in the DevSecOps pipeline. The application development and the testing teams must also make an effort to monitor API performance the way monitor the application (from Postman and Manage Engine right up to AppDynamics) and also design the core applications and services with API performance in mind – questioning how much historical data a request carries and whether the data sources are monolith or federated.

Automation of APIs - A new approach to API testing

Eases the workload: As the number of programmable endpoints reaches a trillion (in the near future), the complexity of API testing would grow astronomically. Manually testing APIs using home-grown scripts and tools and open-source testing tools would be a mammoth exercise. Automation of APIs then would be the only answer.

Ensures true AGILE and DevOps enablement: Today AGILE and the 'Shift Left' approach have become synonymous with the changing organizational culture that focuses on quality and security. For true DevOps enablement, CI/CD integration, and AGILE, an automation framework, that can quickly configure and test APIs is desired instead of manual testing of APIs.

Automation simplifies testing: While defining and executing a test scenario, the developer or tester must keep in mind the protocols, the technology used, and the layers that would be involved in a single business transaction. Generally, there are several APIs working behind an application which increases the complexity of testing. With automation, even complex testing can be carried out easily.

Decreases the scope of security lapses: Manual testing increased the risk of bugs going undetected and security lapses occurring every time the application is updated. However, with automation, it is easier to validate if any update in software elicits a change in the critical business layer.

Win-win solution for developers and business leaders: It expedites the release to market, as the API tests can validate business logic and functioning even before the complete application is ready with the UI. Resolving thereby the API conundrum.

Magic FinServ team with its capital markets domain knowledge and QA automation expertise along with industry experience helps its clients with:

We also have other engineering capabilities as:

APIs are the future, API testing must be future-ready

There's an app for that – Apple

APIs are decidedly the future of the financial ecosystem. Businesses are coming up with innovative ideas to ease payments, banking, and other financial transactions. For Banks and FinTechs, API tests are not mere tests, these are an important value add as they bring business and instill customer confidence, by ensuring desired outcomes always.

In this blog, part 1 in the series of blogs on Automation in API testing, we have detailed the importance of Automation in API testing. In the blogs that follow, we will have a comprehensive account of how to carry out tests, and the customer success stories where Magic FinServ's API Automation Suite has provided superlative results. Keep looking out in this space for more! You can also write to us mail@magicfinserv.com. 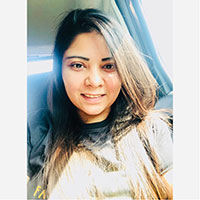