“The second vice is lying, and the first is running in debt.” Benjamin Franklin, The Way to Wealth

While no organization wants to run into debts, lack of foresight, poor coding practices, and equally poor-quality code, patchwork, existing legacy architecture and increasing pressure to remain competitive means that unerringly they end up in the black hole of tech debt.

According to American programmer Ward Cunningham, "Accumulating technical debt is similar to the accumulation of monetary debt. It simply escalates if you do not act in time.”

Even today, many organizations are still relying on applications that were written several decades ago. There is no question that these have become obsolete. The application's lifecycle has run its course and both from a technology perspective as well as from a business perspective where the organization must assimilate dynamically fluctuating business needs, the application's utility, or its ability to match pace with changing needs has eroded. However, as the cost of migrating to the tech stack is extremely prohibitive, and because there is a chronic shortage of skills required for implementing that migration, organizations have stayed manifested with redundant tech stacks. To make matters worse, employees who had knowledge about the intricacies of the platform are either leaving or retiring and so over a period of time organizations have fewer and fewer people to understand what is was going on. They were also operating on very limited information.

How does Tech Debt Build Up?

Primarily a manifestation of an engineering problem, but there's a cultural angle to it as well as multiple teams and stakeholders are involved often holding diametrically opposite views in the decision-making process. Technical debt arises when a project takes much longer than expected to ship. That is to say, it metamorphizes from a sound-looking plan on paper to a source of never-ending expenditure (a black hole of spend), with project delivery nowhere in sight.

So, here's a question for you. Can you spot how one can end up accumulating technical debt taking cues from the illustration (courtesy: vincentdnl) below?

Clearly, there is a dissonance between what is expected and the end result.

Our Magic FinServ's Accelerator to the Rescue

We understand the complexities of the Fintech and the Capital Markets business and have a thorough understanding of the current scenario. We go through source code and whatever limited documentation is available to understand what is happening and the gaps that exist therein.

We can use all these techniques to understand what is happening.

We also take care of technical debt, for instance by building code on microservices. Microservices are ideal for developing, testing, deploying, and updating services independently, resulting in faster deployment.

Gartner has defined three application categories, or "layers," to distinguish application types and help organizations develop more-appropriate strategies for each: Systems of Record, Systems of Differentiation, and Systems of Innovation. This is ideal for applying what to retain or which is most valuable in the existing application, and simultaneously carving out and replacing things that add to the tech debt by replacing it with microservices and connecting to APIs.

Technical debt is more than house cleaning. It causes damage in more ways than one. It demotivates teams, creates chaos, and most importantly slows down the modernization process. The best way to deal with it is to quickly underwrite a strategy to cut technical debt costs before a stink is raised. For more on how we can help, write to us at mail@magicfinserv.com. 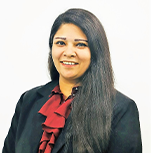