With an in-depth knowledge of multiple blockchain platforms and the financial services domain, Magic FinServ offers a powerful combination. We can not only create a comprehensive test strategy but execute it meticulously to ensure that our clients stay focused on time-to-market while we take over the burden of guaranteeing quality.

Our team has the experience of dealing with real-world blockchain applications. We enable our clients to focus on their product functionality and markets while we take care of the product quality by leveraging our vast test case repository and automation frameworks.

Magic FinServ’s offshore leverage, out-of-the-box test automation solutions, coupled with its team’s diverse skills, flexibility to work in different time zones, and above-all, real-life experience of the blockchain ecosystem will deliver a high returns on your investment in no time.

Magic FinServ can scale quickly at short notice to meet your business needs. Our testing team has sound knowledge of the blockchain infrastructure and can be your extended DevOps and support team if needed.

Out of the Box Automation

IsRobo™ is a Test Automation Tool that generates unit test cases & functional test cases for any code written in DAML.

IsRobo™ is available on cloud, but can also be installed on-prem, upon request.

IsRobo™ as a Service : Magic FinServ provides a dedicated tester or testers who in turn use IsRoboTM to 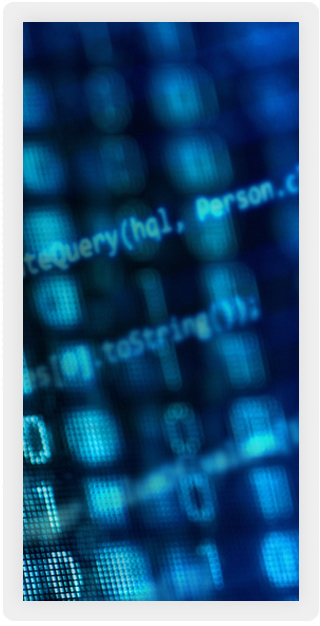 Due to the combinatorial explosion of many inputs and environmental factors in the test case preconditions, manually testing a contract is not only too complicated, but it is relatively inefficient. Hence, while we do provide manual testing services, we strongly recommend automation for smart contract testing.

This tool can be customized for other environments as well.

Functional testing validates the blockchain core, its subsystems, and associated technical and business processes. In the context of the blockchain ecosystem, functional testing involves a test engineer to validate the network setup, node creation, ecosystem operational correctness, message injection, the consensus among nodes, acceptance of new messages, and validation of their expected behavior. Our team identifies relevant scenarios and builds use cases after studying the ecosystem with engineering teams.

Integration testing in the blockchain ecosystem is very critical due to the technical and functional diversity of applications and environments. Our team validates the following during integration testing:

A blockchain network is only as secure as its infrastructure. Our team performs security validation at a transaction, block, and network-level for both public or private blockchain networks. This service covers:

Magic FinServ has partnered with Consensys to leverage Mythx for Security Testing.

EDM Strategy for Buy-Side Firms: Getting it Right

Garbage In, Garbage Out: How Poor Data Quality Clogs Machine Learning Training Pipeline  What is

Building a Core Cloud Strategy for a Hedge Fund

The Hedge Fund industry is witnessing an unprecedented boom (CNBC) – a record high that has the market tizzy. Barclay

Simplifying Middle Office and Back Office workflows with STP and Automation

SCIM – Redefining identity and access management in the cloud

“Worldwide end-user spending on public cloud services is forecast to grow 18.4% in 2021 to

AI in Financial Industry in 2021 : A harbinger of faster, smoother, and more reliable business processes.

For some time now, asset managers have been looking at ways to net greater profits

Cloud Migration Strategies: Choosing the Right Approach for Your Applications

From DevOps to DevSecOps: Tools of Transformation

A couple of years ago, Uber – the ride-sharing app, revealed that it had exposed

The business landscape today is extremely unpredictable. The number of applications that are hosted on